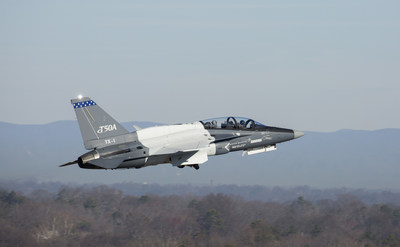 In February 2016, Lockheed Martin announced its plan to offer the T-50A in the APT competition and build the aircraft at a final assembly and checkout (FACO) facility in Greenville. Lockheed Martin formally unveiled its T-50A FACO and operations center in August 2016.

The T-50A is ready on day one of contract award and is purpose-built around 5th Generation thinking. It will train the F-22 Raptor and F-35 Lightning II pilots of tomorrow, as well as pilots for frontline 4th Generation aircraft. The low risk T-50A builds upon the proven heritage of the T-50 with more than 150 T-50s flying today – 200,000 flight hours and counting – and more than 1,800 pilots who have trained in this aircraft.