The National Maritime Museum in Greenwich houses the largest collection of scale ship models in the world, many of which are official, contemporary artefacts made by the craftsmen of the Royal Navy or by the shipbuilders themselves. These models offer more detail than even the most meticulous plans, and as well demonstrate exactly what the ships appeared like. Lavery discusses a selection of the best models from the beginning of the eighteenth century to the end of wooden shipbuilding. As you’d expect, superbly illustrated throughout.

The Sea in History Edited by Christian Gérard Le Bouëdec

One of the volumes from a magnificent four-volume work discussing the importance of the sea in the development of human history. This volume is of particular interest to me as it covers the period from around the end of the fifteenth century up to the conclusion of the Napoleonic Wars in 1815 and from a French source (some articles in that language) its insights are interesting and significant. A ground-breaking contribution to naval scholarship.

Cleopatra’s Needle is a 3500-year-old obelisk that stands on a plinth on the north bank of the Thames. To commemorate the victory at the Battle of the Nile the monument was presented to the British nation by the Egyptian ruler Muhammad Ali but the cost of bringing it to London was initially prohibitive. The story of how it eventually got to the capital is just one of the fascinating items in this book. A delightful little tome to dip into! 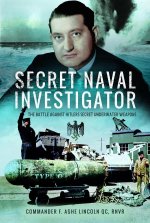 In the lead-up to the Second World War, Lincoln, a junior barrister enlisted in the Royal Naval Volunteer Reserve as a Sub-Lieutenant. At the outbreak of war he determined to serve at sea and was posted to minelayers. But a mysterious midnight summons sent him hurrying from his ship to the Admiralty in London and a top-secret conference presided over by Winston Churchill. Lincoln became a key figure in a small group in the Admiralty whose exploits can now be revealed and should not be allowed to be forgotten. A remarkable tale of enterprise and courage.

British Cruisers in the Victorian Era by Norman Friedman 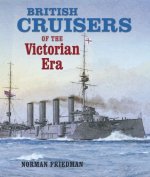 I’m pleased to see the re-release of this major contribution to the history of British warships. Gradually evolving from the masted steam frigates of the mid-nineteenth century, the first modern cruiser can be taken to be Iris and Mercury of 1875. They were the RN’s first steel-built warships; the first designed primarily to be steamed rather than sailed and formed the basis of a line of succeeding cruiser classes. The story ends with the last armoured cruisers, which were in turn succeeded by the first battlecruisers (originally called armoured cruisers), and with the last Third Class Cruisers (Topaze class), all conceived before 1906. Superbly illustrated, a must for any students of the emerging Age of Steam.

Seizing the Enigma by David Kahn

From 1939 to the middle of 1943, the British and, later, American navies fought a savage, losing battle against German U-boat wolf-packs. The Allies might never have turned the tide without an intelligence coup that for sheer bravery must take its place at the forefront of any in the war. Kahn expertly brings to life the race to break the German U-boat codes in this updated edition of his classic book. For this reviewer a fascinating read!

You might also like to take a peek at my other BookPicks this year this year
And I have a very limited number of Signed First Editions, which I’m happy to inscribe with a personal message
Enjoy!