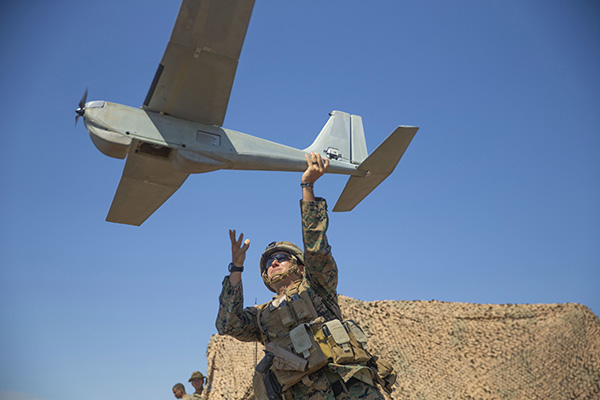 MONROVIA, Calif., Nov. 6, 2018 – AeroVironment, Inc. (NASDAQ: AVAV), a global leader in unmanned aircraft systems for both defense and commercial applications, today announced it received a $3,228,856 firm-fixed-price contract on Sept. 14, 2018 from the U.S. Department of Defense to provide RQ-20B Puma AE II small unmanned aircraft systems, training and support to an allied nation in the U.S. Indo-Pacific Command (INDOPACOM) area of responsibility.  Delivery is anticipated by March 30, 2019.

“The vast, diverse landscape of the INDOPACOM area of operation demands small unmanned aircraft systems that can support ground, riverine and maritime operations effectively,” said Kirk Flittie, vice president and general manager of AeroVironment’s Unmanned Aircraft Systems business.  “The combat-proven Puma has demonstrated its unique effectiveness in a wide range of operating environments, from mountains to deserts, from the Arctic to Antarctica, on land and on the open ocean, delivering actionable intelligence to help customers proceed with certainty.”

AeroVironment’s family of small drones comprise the majority of all unmanned aircraft in the U.S. DoD inventory and its rapidly growing international customer base numbers more than 45 allied governments.  “This contract is a good example of the additional procurement potential among our international customers,” said Flittie.

The AeroVironment Puma is designed for land-based and maritime operations. Capable of landing in water or on the ground, the all-environment Puma, with its Mantis i45 sensor suite, empowers the operator with extended flight time and a level of imaging capability never before available in the small UAS class.

The RQ-11B Raven®, RQ-12 Wasp® and RQ-20A/B Puma™ comprise AeroVironment’s Family of Small Unmanned Aircraft Systems. Operating with a common ground control system (GCS), this Family of Systems provides increased capability to the warfighter that can give ground commanders the option of selecting the appropriate aircraft based on the type of mission to be performed. This increased capability has the potential to provide significant force protection and force multiplication benefits to small tactical units and security personnel.  AeroVironment provides logistics services worldwide to ensure a consistently high level of operational readiness and provides mission services for customers requiring only the information its small UAS produce.  AeroVironment has delivered thousands of new and replacement small unmanned air vehicles to customers within the United States and to more than 45 allied governments.