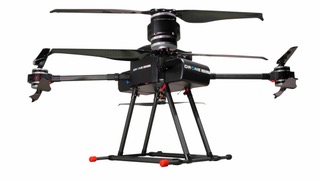 DRONE VOLT, a French aeronautics manufacturer specializing in professional civilian drones, is launching a new version of the HERCULES 20, the professional heavy lift drone in its Hercules line.

This drone is the only one in its category combining versatility, heavy lifting and long range.

The principal function of the HERCULES 20 is to carry payloads of up to 25 kg on inspection, mapping, materials transport and spraying missions.

Boosted by its eight powerful motors, the HERCULES 20 heavy lift drone is dimensioned to carry a payload of up to 25 kg.

The combination of these advantages make this platform an ideal versatile tool for an endless range of applications.

The HERCULES 20 is particularly recommended for missions requiring the carrying of large payloads such as: