Tarso Toussidé, capped by the Toussidé (potentially active) stratovolcano, is located in the western end of the Tibesti Mountains, in Chad. With an elevation of 3265 m above sea level, Toussidé is the second highest peak in Tibesti, after Emi Koussi.

Toussidé has undergone a number of eruptions and lava flows, with the lava reaching lengths of 25 km and covering an area of 200 sq km, appearing to have ‘stained’ the ground in the process. The volcano ejected tephra, fragments of rock and volcano glass, lava and ash. In the middle of the field lies Pic Toussidé, a lava dome which can be seen poking out of the caldera.

Toussidé is said to be amongst the youngest volcanoes in Tibesti. A large number of fumaroles (openings in or near a volcano through which gases emerge) are active on its summit, exhaling mostly water vapour at temperatures of 40–60 °C – suggesting it is the only active Tibesti volcano.

Just next to Toussidé, in the far-right of the image, lies the Trou au Natron caldera, which sits at an elevation of around 2450 m. A number of volcanic cones sit on the floor of the caldera, with numerous vents and hot springs on the caldera’s floor emitting hot steam.

Much of the surface of the caldera is lined with a white crust of salts, including sodium carbonite. These crusts are usually formed when mineral-rich steam is emitted from small vents on the crater’s floor, and when this evaporates in the heat, the minerals are left behind.

The caldera has an irregular diameter of around 6-8 km and is up to 1000 m deep, and is said to have been filled by a freshwater lake during the last glacial maximum.

In the left of the image, the red shows sparse vegetation along the ephemeral creeks.

Satellite imagery is a practical way to study remote areas such as the volcanic regions in the Tibesti Mountain Range. The Copernicus Sentinel-2 mission carries a multispectral imager with 13 spectral bands and has a wide swath coverage, delivering data on Earth’s land every five days. 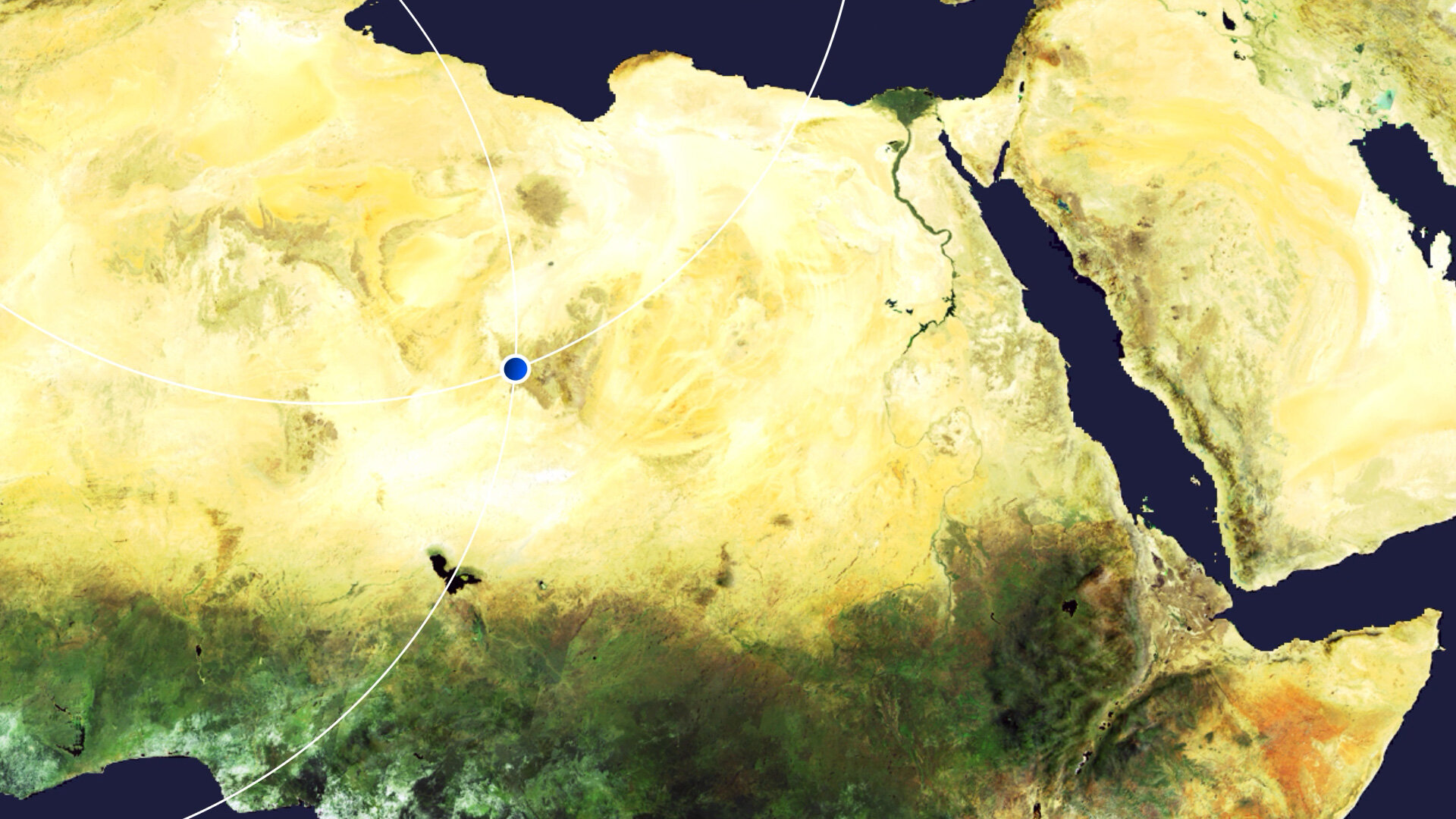