Calabria is a region in southern Italy, famous for its irregular shape that stretches from north to south for around 250 km – separating the Tyrrhenian Sea to the west and the Ionian Sea to the east. The region covers an area of around 15 000 sq km (with over 740 km of coastline) of which agricultural land covers 49%.

Most of the region is mountainous or hilly with three mountain ranges present: Pollino (not visible), La Sila and Aspromonte.

La Sila is a vast mountainous plateau around 1200 m above sea level, stretching for nearly 2000 sq km along the central area of Calabria. The highest point is Botte Donato, which reaches around 1928 m. The Aspromonte massif forms the southernmost tip of the Italian peninsula bordered by the sea on three sides. The highest peak is Montalto at 1955 m.

Calabria is separated from Sicily by the Strait of Messina, visible in the bottom-left, where the narrowest point between Capo Peloro in Sicily and Punta Pezzo in Calabria is only around 3.2 km.

Almost 2 million people reside in Calabria, with Reggio Calabria being the most populous city in the region (with an estimated population of around 200 000 people). The city lies on the ‘toe’ of the Italian Peninsula, on the slopes of the Aspromonte mountain range.

Calabria is known for its tourism, with its main attractions being the rugged cliffs and sandy beaches. Some of these main destinations include Tropea, Scilla, Lamezia Terme and Praia a Mare.

As well as providing detailed information about Earth’s vegetation, the Copernicus Sentinel-2 mission is designed to play a key role in mapping differences in land cover to understand the landscape, map how it is used and monitor changes over time. 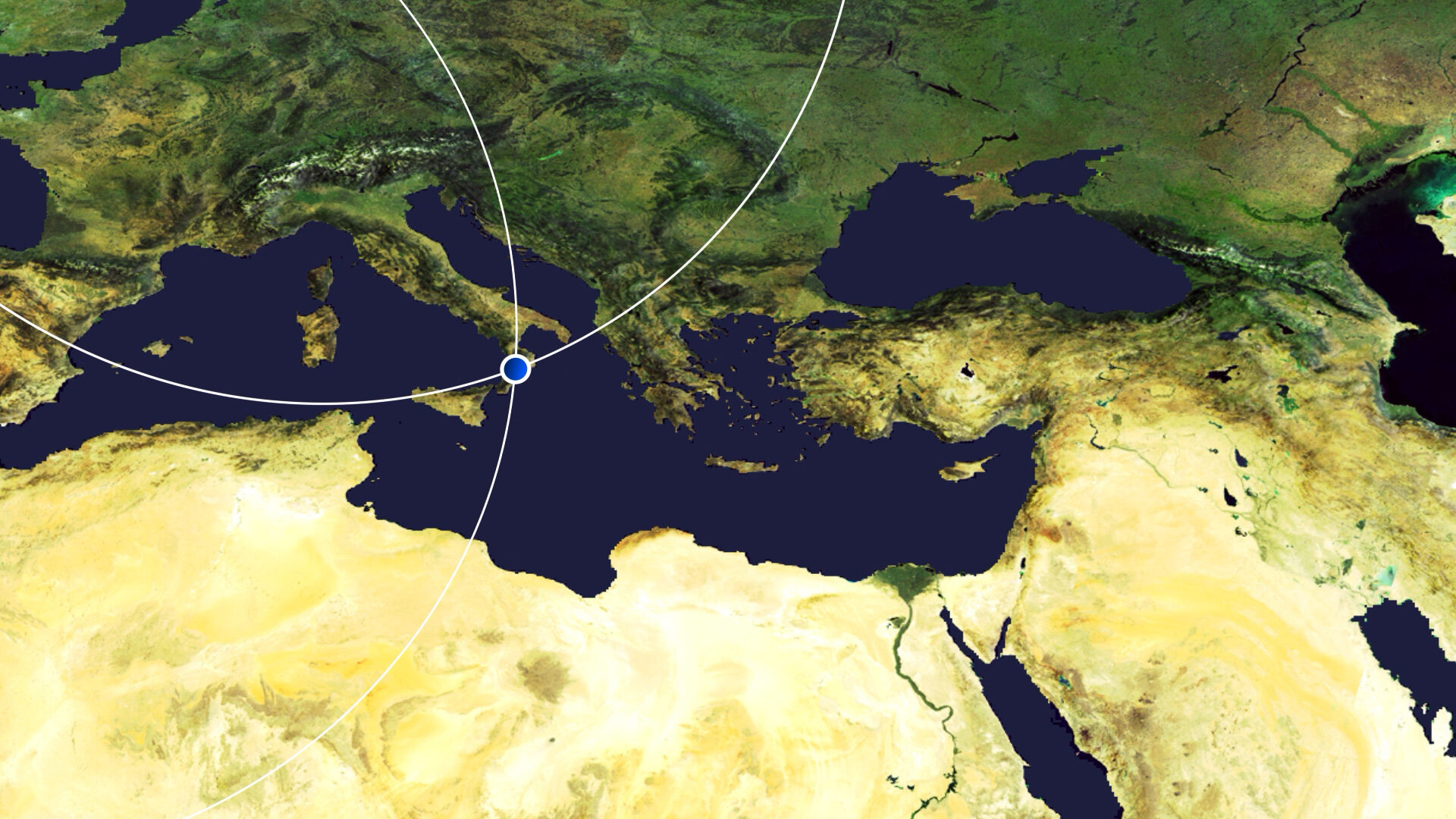