I’m a bit of a bah humbug creature when it comes to the commercialisation of Christmas – but there’s one thing that I fervently believe: a book is a present that, if well chosen for the recipient, will give hours of pleasure and be a lasting reminder in itself of someone putting thought, not just money, into a Yuletide gift. So do consider adding some of these fine books – all with a maritime theme – to your gift-buying list. Hopefully, there’s something for everyone in this somewhat eclectic selection.

The Two Battles of Copenhagen by Gareth Powers

The Danish capital of Copenhagen was the site of two major battles during the Napoleonic Wars – the first Battle of Copenhagen in 1801, one of Nelson’s great victories – and the second, the British army’s assault on the city in 1807 (which I feature in Inferno). Interestingly, Powers describes these two major events from both the British and Danish perspectives, showing well how they fitted into the politics of this region during this turbulent phase of European history.

The History of Navigation by Dag Pike

The author first went to sea aged 16 on tramp ships and experienced his first shipwreck two years later. Thereafter he had a long and varied marine career and is a regular contributor to maritime magazines worldwide. Charting both successes and failures, this is a fascinating account of mankind’s quest to explore his world from the earliest time, five millennia ago, to the present day.

Raiders From the Sea by John Lodwick 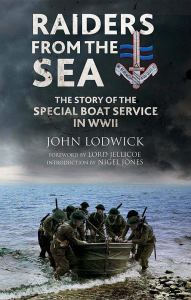 The Special Boat Service was a small force during World War II, never more than about 300 men. Strong, determined individuals, together the men of this elite commando unit formed a deadly, cohesive fighting force which contributed much to the war in the Mediterranean. This reprint edition is a vivid account of one man’s experiences of war – and a fitting tribute to the colleagues he fought alongside in the SBS. 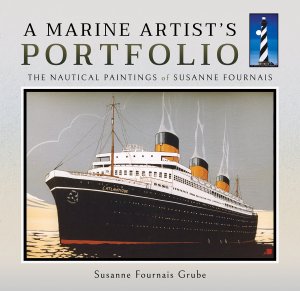 The author, a Dane by birth, has long held a love and fascination for the sea. She paints in Acrylics, not only ships and small craft, but also the architecture of marine buildings and light houses. This volume gathers together a varied selection of her work, presented in six sections – liberty ships; tug boats, ferries & pilots; ocean liners; super tankers; lighthouses; and wooden boats & yachts. A visual delight.

The Trafalgar Chronicle by Peter Hore 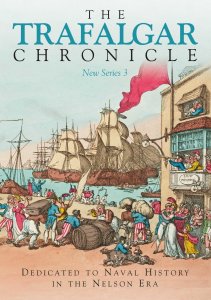 The Trafalgar Chronicle has established itself as a prime source of information about the Georgian navy. This year’s edition spotlights women at sea and reveals many fascinating stories in another absorbing journal from the 1805 Club. A selection of well-chosen colour plates and black and white photographs, together with comprehensive notes on each of the contributor’s papers, enhance the value to the reader. An important contribution to scholarship of the period – and a damn good read! 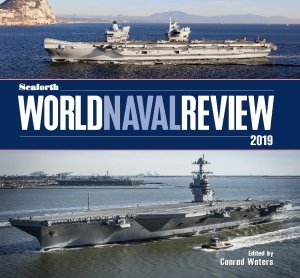 Now in its tenth year, the Review is rightly recognised as an authoritative summary of global naval developments over the past 12 months. As well as regional surveys, important articles from various experts are offered, such as an assessment in this latest volume (which I found of particular interest) of modern naval communications by Norman Friedman. Essential reading for anyone – enthusiast or professional – interested in contemporary maritime affairs.