Brittany is an important cultural region in the northwest of France and is divided into four departments: Ille-et-Vilaine in the east, Côtes d’Armor in the north, Finistère in the west and Morbihan in the south.

Morbihan takes its name from ‘Mor-Bihan’ which means ‘little sea’ in the Breton language. The Gulf of Morbihan, visible in the centre of the image, is one of the most famous features of the coastline with numerous islands and islets. The gulf is around 20 km long from east to west and around 15 km wide from north to south. It opens onto the Bay of Quiberon by a narrow passage between Locmariaquer and Port-Navalo.

Many ships and vessels can be seen in the bay. Several islands are visible in the image, including the small islands of Houat and Hœdic and the large Belle Île, which is visible in the bottom-left of the image. Belle Île is known for the sharp cliff edges visible on the southwest side, but also for its beaches and renowned opera festival.

The town and sea port of Lorient is visible in the top-left of the image. The town is situated on the right bank of the Scorff River at its confluence with the Blavet on the Bay of Biscay. The island of Groix lies a few kilometres off Lorient. The island has high cliffs on its north coast and sandy beaches in secluded coves on the south coast.

Morbihan is also known for its ‘Alignements de Carnac’ which consists of rows of around 3000 standing stones and megalithic tombs. The stones were said to be erected during the Neolithic period, around 4500 BC. Most of the stones are within the Breton village of Carnac, but some to the east are within La Trinité-sur-Mer.

Fields dominate the French countryside as seen in this image captured on 13 September 2020. Brittany is known for its rich and varied agriculture including meats and dairy products, but also provides a variety of high quality fruit and vegetables including tomatoes, strawberries, peas and green beans.

The Copernicus Sentinel-2 mission is designed to provide images that can be used to distinguish between different crop types as well as data on numerous plant indices, such as leaf area, leaf chlorophyll and leaf water – all essential to monitor plant growth accurately. 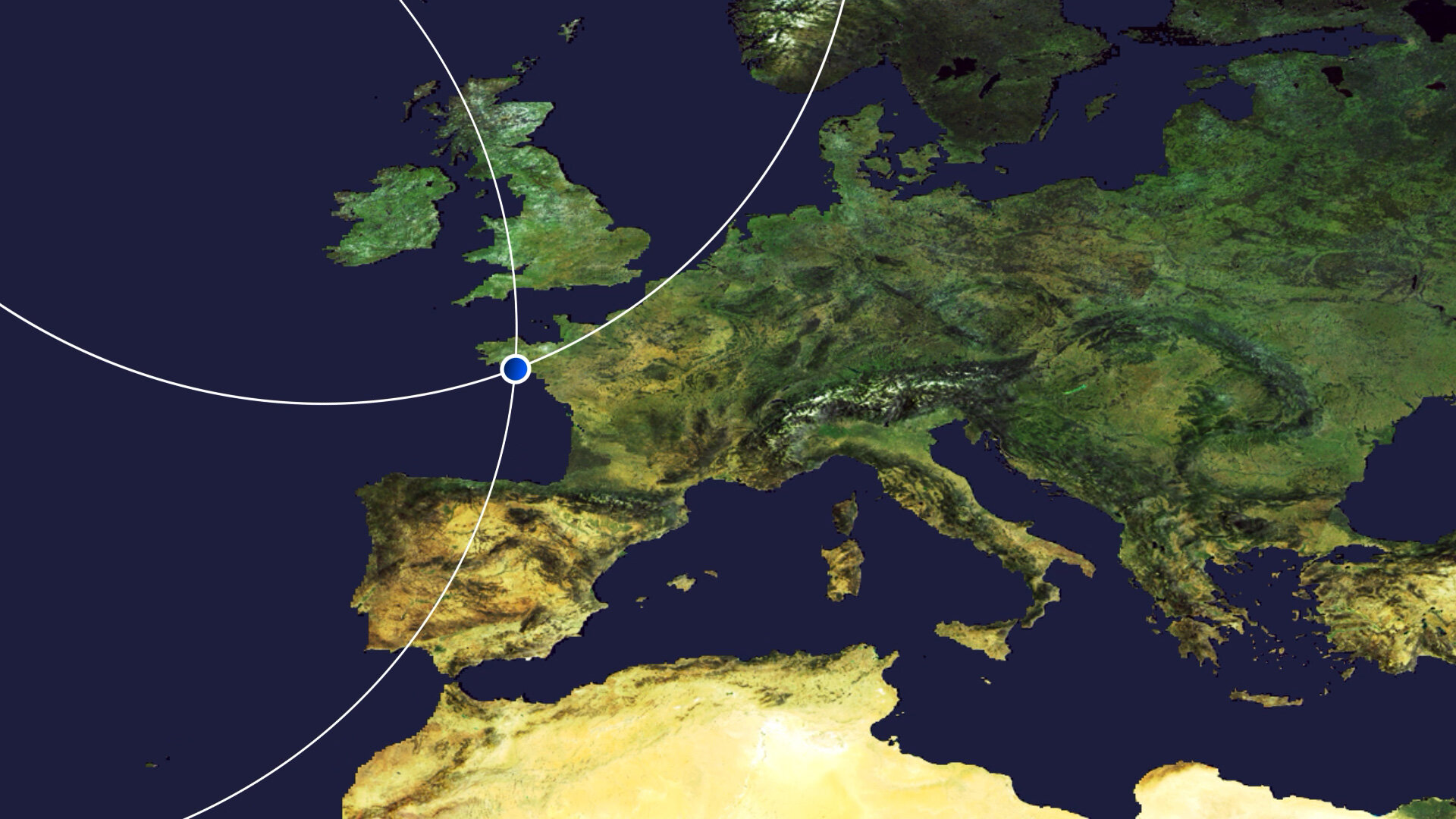