The metropolitan area of Perth is located in the South West Division of Western Australia, between the Indian Ocean and a low coastal escarpment known as the Darling Range. The metropolitan area stretches around 125 km along the coast, from Two Rocks in the north, to Singleton in the south. The central business district and suburbs of Perth, Australia’s fourth-most populous city, are situated on the banks of the Swan River.

Before European colonisation, the area had been inhabited by the Whadjuk Noongar people for over 40 000 years. The area where Perth now stands was called Boorloo by the Aboriginals living there at the time of their first contact with Europeans in 1827.

Perth is one of the most isolated cities on Earth, with its nearest city, Brisbane, located around 2000 km away. Perth is closer to Bali in Indonesia than Australia’s capital, Canberra. Despite its isolation, Perth is one of the fastest-growing cities of Australia. Its airport is visible just south of Swan River.

Rottnest Island, known as Wadjemup to the Noongar people, is located 19 km off the coast of Perth. This 19 sq km, sandy island is known for its population of quokkas, one of the smallest wallaby species in Australia. Several ferries can be seen journeying to and from Rottnest Island and Fremantle Harbour, Western Australia’s largest and busiest general cargo port.

The most striking feature in this week’s image is the difference between forested land (visible in dark brown) and agricultural plots and crops (visible in green). Some of the forested land pictured here includes John Forrest National Park and the Mundaring, Jarrahdale and Youraling State Forests.

The intricate pattern visible in the bottom of the image is the Huntly Bauxite Mine, the world’s second largest bauxite mine. Australia is the world’s largest producer of bauxite – a raw material used primarily in the production of aluminium.

The image also includes the location of ESA’s deep-space ground station at New Norcia, about 120 km northeast of Perth. The station supports missions like ExoMars/TGO, BepiColombo and Solar Orbiter, and a new 35 m-diameter dish antenna is planned for the site.

The Copernicus Sentinel-2 mission is designed to provide images that can be used to distinguish between different crop types as well as data on numerous plant indices, such as leaf area, leaf chlorophyll and leaf water – all essential to monitor plant growth accurately. 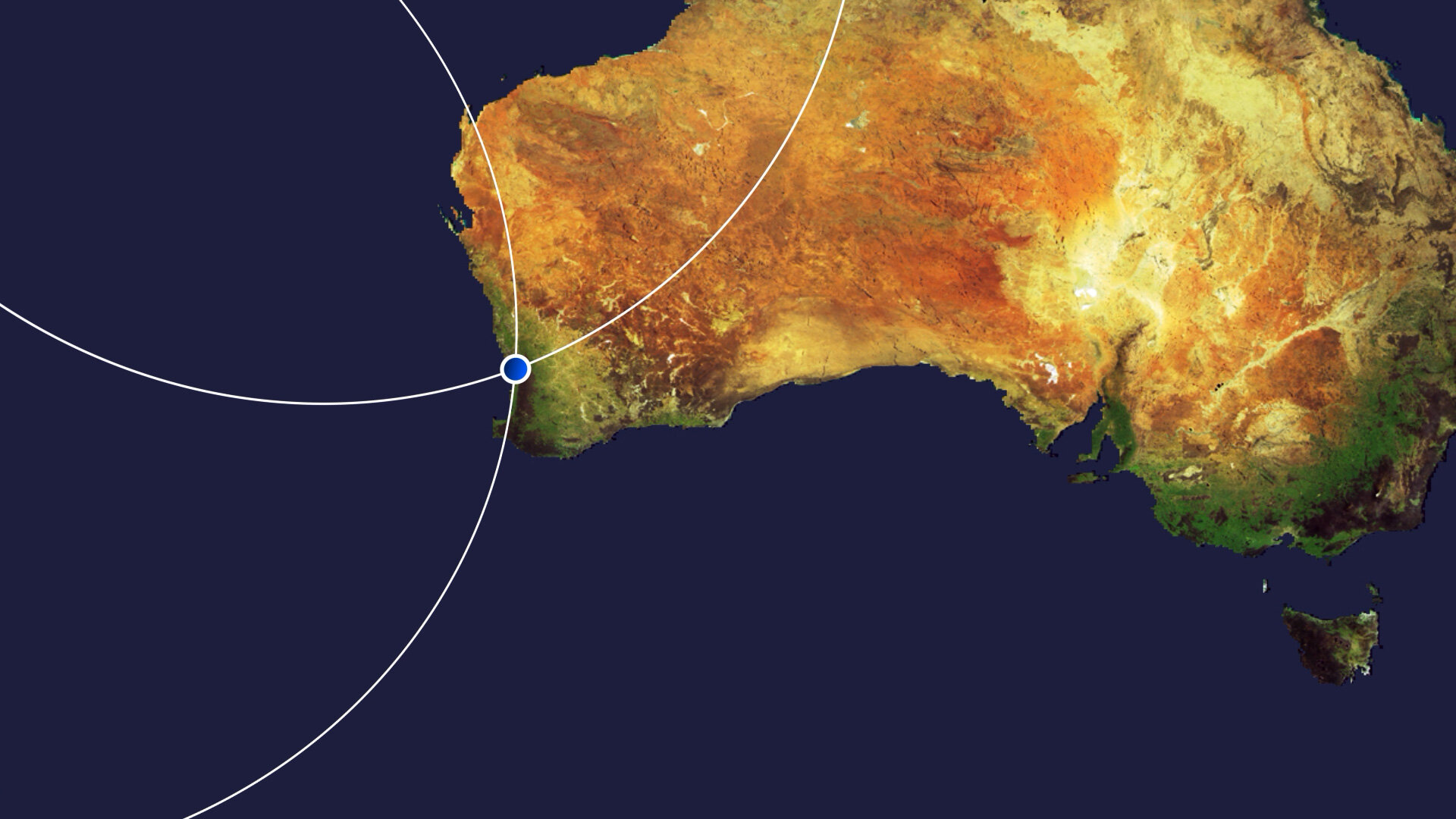